Francis Howard Spear was born on 22nd December 1902 in South Norwood, south London.He attended the LCC School of Arts and Crafts (which became the Central School of Arts and Design), he successfully passed Parts 1 and 2 of the Board of Education's Examination in Industrial Design, specialising in stained glass in 1923.While studying at the Central School in 1922, he became pupil-assistant to Martin Travers, the leading English practitioner of stained glass.Spear won a National Scholarship to the Royal College of Art in 1923, with a chosen specialism stained glass.Francis Spear is an important, though not now well-know, figure in twentieth century English stained glass. His working career covers 50 years, from 1922 when he began working with Martin Travers, to 1972, when he ceased teaching at Reigate School of Art. Spear taught John Piper lithography.During his career, he designed some notable windows, and a short list would include his 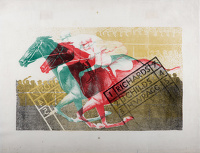 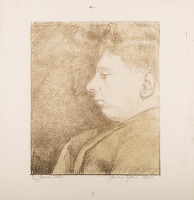 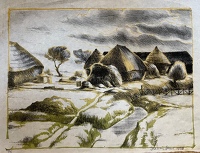 Francis Spear
St George and the Dragon, circa 1942 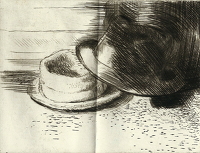 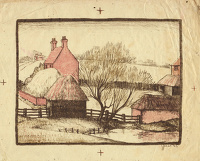 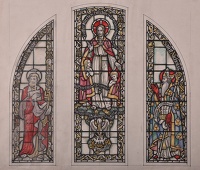 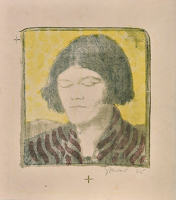 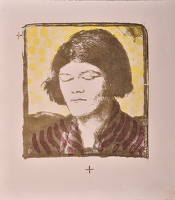 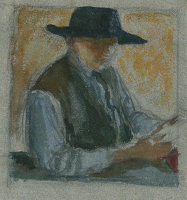 Francis Spear
For the further glory of God's House 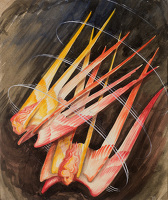 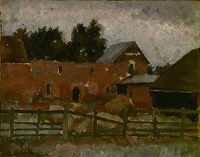 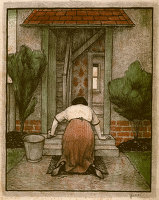 Francis Spear
The Parable of the Sower, circa 1942 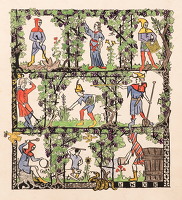 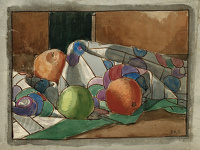 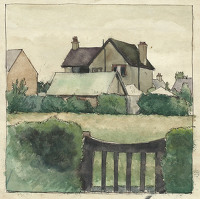 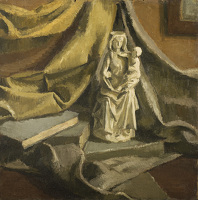 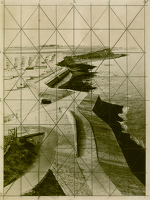