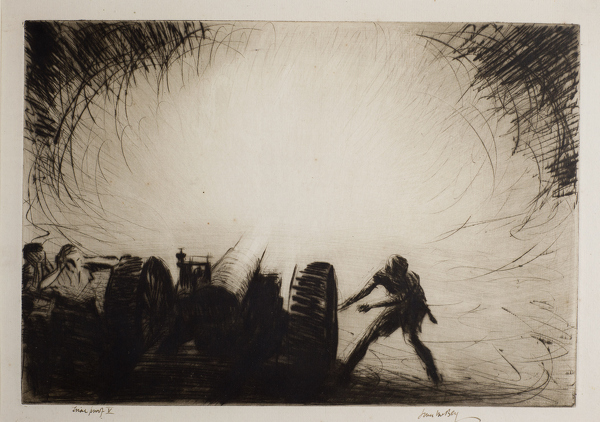 This drypoint was issued in an edition of 76 with 7 Trial proofs, of which this is no 5.