Frank Brangwyn: Soldier Drinking Wine from a Bottle - Study for the Manitoba Legislative Building, Winnipeg, 1921 - on Art WW I 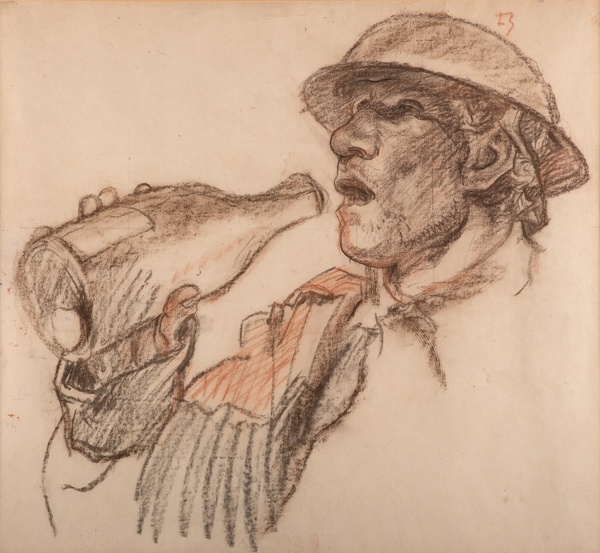 This chalk study was for a mural at the Manitoba Legislative Building, Winnipeg, 1921.
Titled 'The Allegory of Canada's War Record', Brangwyn's mural portrays the tragedy and sacrifice of battle for Canadian troops during WWI.
The work remains to the day, and can be seen in the central rotunda of the building, above the Legislative Assembly. The study is for a figure on the right hand side, amidst a group of soldiers taking on sustenance.