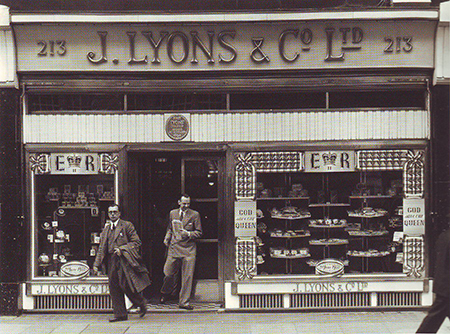 In 1953, for  the coronation of Elizabeth II, Freedman accepted a commission to design banners to dress  the windows of the teashops. He gave meticulous instructions as to how these were to be displayed â€“  often alongside larger  versions of the same 'God Save Our Queen' banners which were displayed on  nearby advertising hoardings.  The set being offered for sale here â€“ in pristine condition â€“ is believed to be the only complete set to have survived outside institutional collections.