Gerald Spencer Pryse: The Retreat from Ypres, circa 1917 - on Art WW I 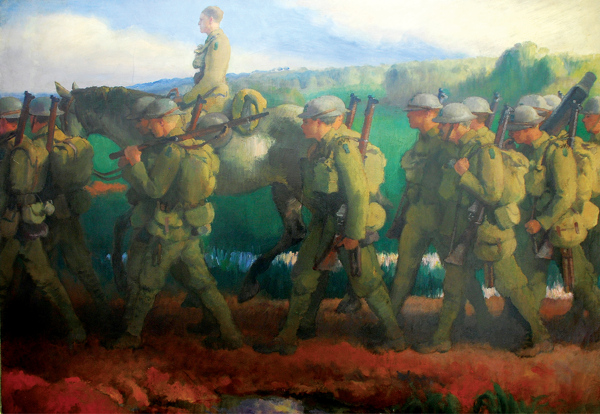 Provenance: The film director Stuart Cooper (who played alongside Orson Wells in The Dirty Dozen) and produced the celebrated film Overlord.

Pryse served as an Officer in Queen Victoriaâ€™s Rifles and was twice wounded, losing sight of one eye.  He had a distinguished service career and was awarded the Military Cross in the Third Battle of Ypres in 1917.  This painting shows a column of infantry marching with their Officer mounted on his horse.

Pryse produced a large body of lithographic work during the First World War including The Retreat of the 7th Division and 3rd Cavalry at Ypres.  During the war many of his drawings appeared in the Illustrated London News.