Lucien Jonas: Four Years in the Fight. The Women of France. We Owe Them Houses of Cheer, circa 1918 - on Art WW I 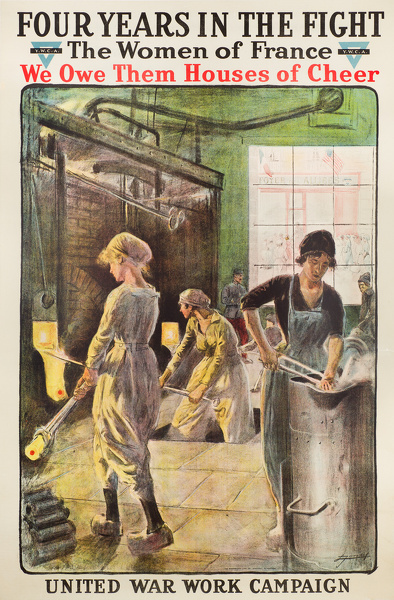 During World War I the rapidly expanding war industries led to fundamental changes in the roles played by women. In 1918 nearly three million new women workers were employed in food, textile and war industries. Taboos and restrictions were removed allowing women to work for the first time in large-scale production industries such as steel mills and logging camps.