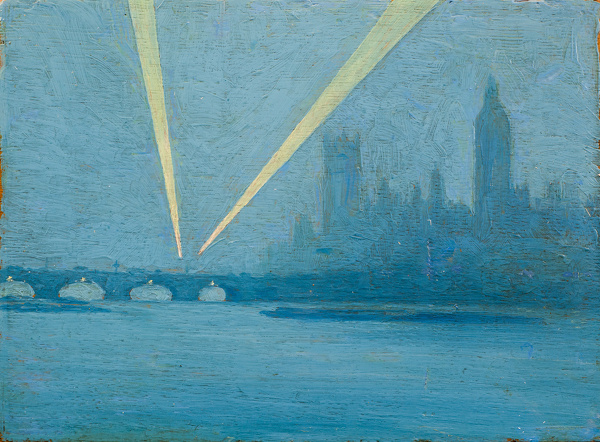 In 1906, Meteyard returned to England, a move that, following his marriage in 1910 to British-born Isabel Barber, became permanent. By that time, Meteyardâ€™s work was being widely recognized. His work was included in exhibitions of the American Water Color Society and the Society of American Artists in New York; at the Boston Art Club and the Copley Society in Boston; and in the art galleries of the Worldâ€™s Columbian Exposition in Chicago in 1893. He had important solo exhibitions at Doll & Richards Gallery in Boston, the Galerie Georges Petit in Paris, and Westâ€™s Gallery and the Fine Art Society in London.

Another work by the artist showing the Houses of Parliament, signed and dated 1915, is part of an American Private Collection.