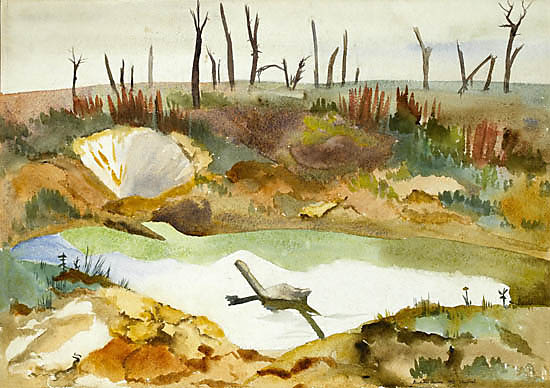 Through trench warfare with its incessant shelling and artillery fire  The Western Front was transformed into a landscape of blasted trees, barbed wire and shell craters and man made trenches filled with mud and stagnant water.
Thiepval is located 7 km north of Albert is a commune in the Somme department in Picardie in northern France. The original village was totally destroyed during World War I. The present town, which occupies a location a short distance to the southwest of the former settlement, is home to  the  Franco-British Memorial and the Thiepval Memorial to the Missing of the Somme.