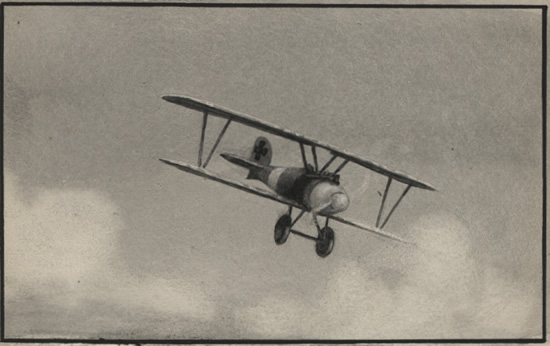 The Fokker was a single seat fighter plane named after its designer, Anthony Fokker, the Dutch aviation pioneer.

Odyssey (1980). A series of watercolours by Kelly is in the National Army Museum and the
Royal Airforce Museum.