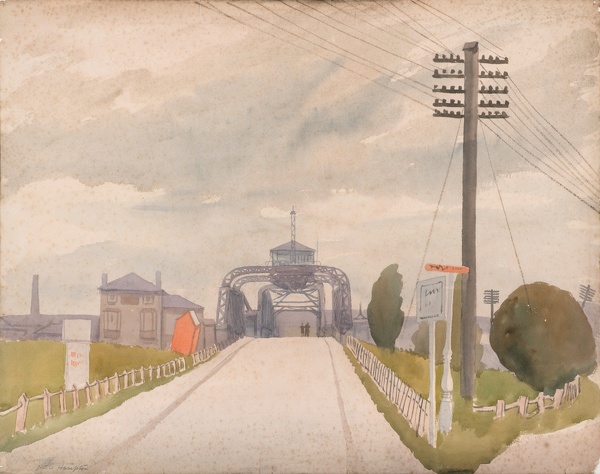 Finney described his aim as an artist as being to capture "natures beauty in all her extended forms leading to an awareness of the metaphysical".  Considering Finney's oeuvre as a whole it becomes increasingly clear that whilst he painted his surroundings with apparent ease and great facility, his pictures were a product more of personal struggle than an expression of a joie de vivre: work was, he said, "a means of survival, in the battle for living".

For Finney, who had a reclusive personality, drawing and painting served both as a means to approach the world but also as a place where he could find refuge from it. His subject matter moved unconsciously between two domains â€“ that of daylight hours, and that of the night. The former resulted in compositions capturing subtle changes in light and colour, but there is almost always a sense of light fading, dissipating into the dark.