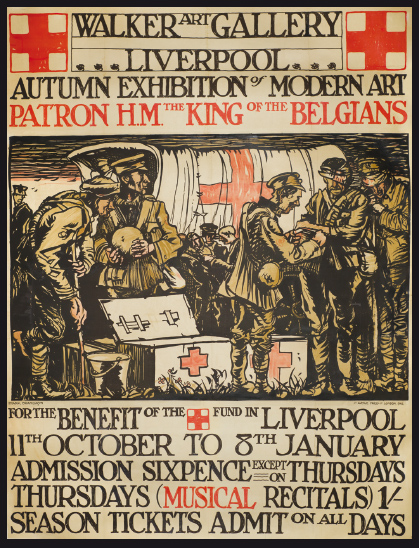 World War I has a vast and varied literature: standard histories and detailed area studies and unit histories describe and interpret the significant events and massive undertakings. The visual response to World War I, which was unprecedented in the history of conflict, provides yet another perspective for approaching this momentous subject.

The art of World War I has been one of Liss Llewellyn Fine Art’s principal interests since its establishment in 1991. In 2006 we published our catalogue Damn the War and more recently, in the autumn of 2016 to mark the centenary of the outbreak of the war, we organised the exhibition The Great War – As Recorded through the Fine and Popular Arts at Morley Gallery and The Strand Gallery, London. The exhibition received critical acclaim, especially for the 240-page catalogue which accompanied it.