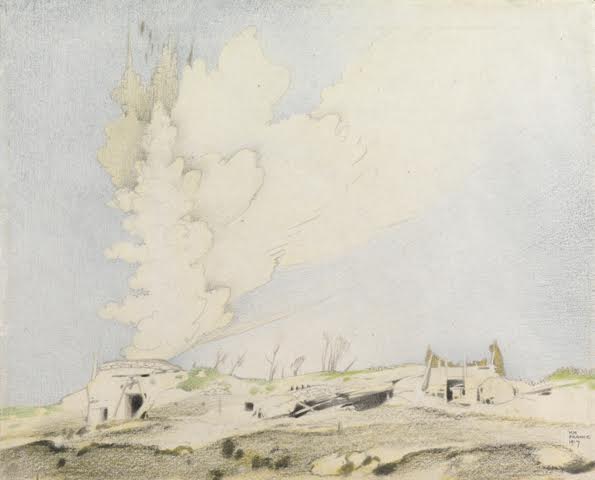 Signed with initials and inscribed with title.
Pastel and pencil
9 3/4 x 12 in.


PROVENANCE: Maas Gallery
A delicate, almost whimsical depiction of a landmine explosion in the Great War from this official war artist and long-lived illustrator. Two other versions of this subject are in the Imperial War Museum.
In Letters to Helen, Chatto & Windus 1917, Henderson wrote a caption to his illustration of his Explosion of an Ammunition Dump (one of the other versions): 'The smoke from a large explosion usually assumes a queer tree-like form and disperses slowly.'