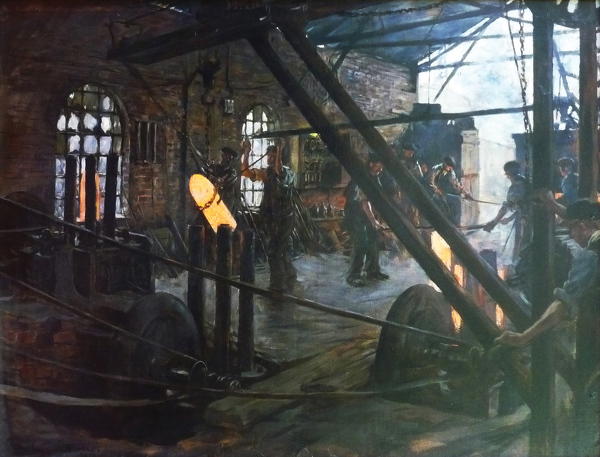 Exhibited: Royal Academy, 1919, No. 367
Throughout the war, Stanhope Forbes, who was too old to enlist, painted and exhibited patriotic subjects, many of which were shown at The Royal Academy: examples include Ought I to Go (No 417) and The Steel Workers (No 624) exhibited in 1919, The Smith's Workshop (No 189) exhibited in 1917 and Shell Workers (No 367) and The Munition Girls (No 119). Many of his industrial subjects, including Shell Workers, were commissioned by Sandberg, an engineering company which wished their contribution to the war effort to be recorded for posterity.