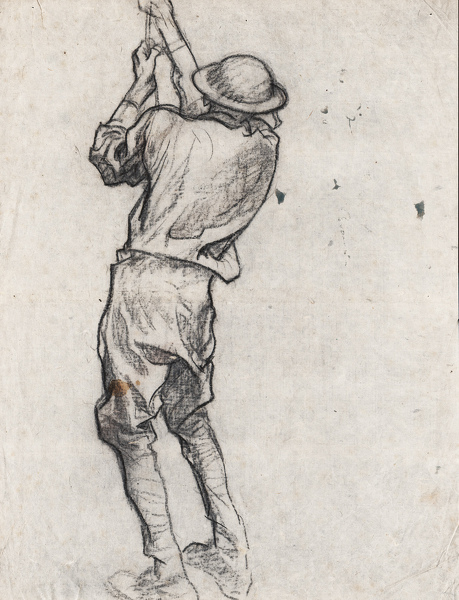 
Literature: Libby Horner, Brangwyn at WAR!, (Horner and Goldmark, 2014) p.155
From 1924 Brangwyn was occupied with what he regarded as the culmination of his lifeâ€™s work, a mural scheme for the Royal Gallery in the House of Lords, commissioned by Lord Iveagh as a First World War Memorial. The first scheme â€“ which was rejected, and to which this study relates, â€“ showed soldiers and tanks in action. The final scheme, known as The Empire Panels, were installed in Brangwyn Hall, Guildhall, Swansea in 1934.