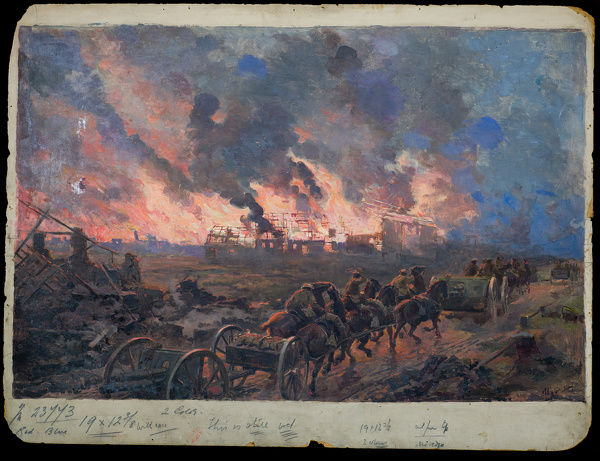 Many people in England received their impression of the war through the eyes of illustrators such as Ugo Matania, whose works were published in The Sphere and London Magazine. Born in Naples Mantania, who came  from a well-known Neapolitan family of illustrators, worked in London from 1913 to 1924.  His dramatic images were probably based partly on photographs and eye witness accounts, though, like his Cousin Fortunio, he possibly  made several trips to experience at first hand life on the Front.  His cousin, Fortunio Mantania (1881-1963) was one of the most well known realistic illustrators and artists of his time, his wartime work was immensely popular and appeared in nearly every major news magazine, Allied, neutral and Central Powers alike.  Tens of millions of readers saw wartime events through the medium of Matania's weekly illustrations and, as such, these played an important role in defining people's mental image of what Great War battlefield scenes and soldiers looked like.