Muirhead Bone: On Board a Battleship : A Gun Turret on HMS Repulse, Firth of Forth, March 1917. - on Art WW I 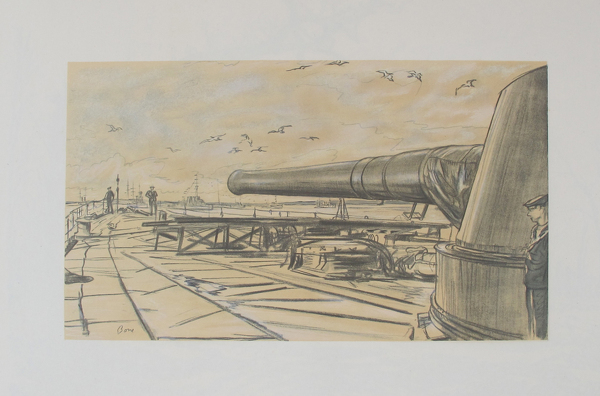 This was on of the sixty'War Drawings'  published by Authority of the War Office by Country Life Ltd., 1917.  The series constituted six  volumes with ten images in each volume.
H M S Repulse was one of the most famous of British ships. , Cleared for action, 1917, this shows a gun turret viewed from the deck.
Appointed as Britain's first official war artist in May 1916, as well as serving with the Allied Forces on the Western Front at the Battle of the Somme, he also served with the Royal Navy.