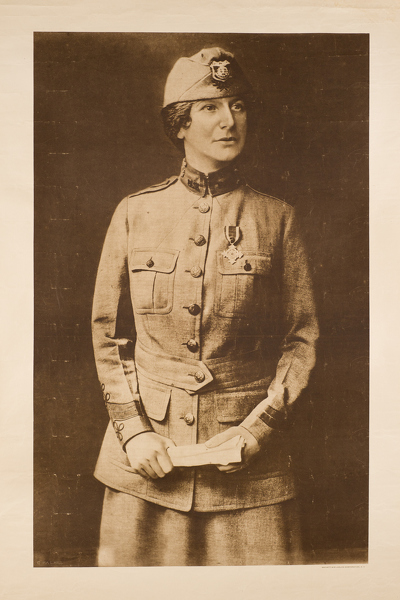 Founded by William Booth (1829-1912), the Salvation Army is best known for its social welfare and charitable services. Booth's daughter Evangeline (1865-1950), who also had a long and successful career with the organization, persuaded the U.S. government to allow women in the "Army" to serve overseas during World War I. President Wilson awarded her the Distinguished Service Medal for her war work. After a series of leadership roles, Booth became the Salvation Army's first woman general in 1934.
This rare large photographic portrait was used for Booths 1919 lecture tour: The Secret of the Salvation Army's Success