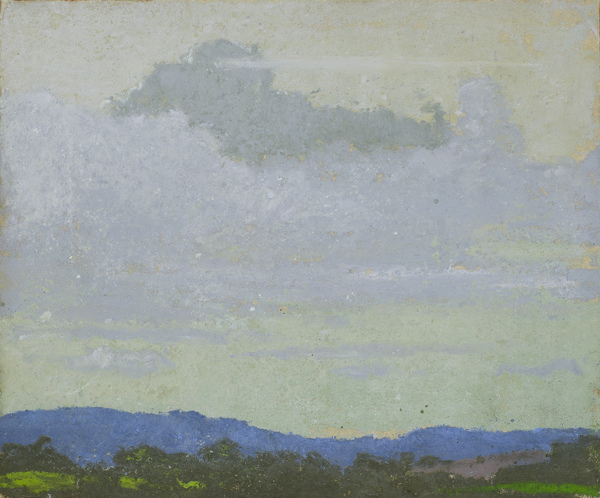 
These two pastels were created in the Spring of 1916 near Dartmoor when Sauter was staying with his uncle  John Galsworthyâ€™s. â€˜The subject matter was as far from the drama of the Western Front as might be imagined â€“ the changing nature of the English Landscape, its fierce weather, but also its intense and subtle variations in light and moodâ€¦.â€˜Entries in Galsworthyâ€™s Wartime diaries recognise Sauter as a regular companion of the novelist.  Perhaps in loco parentis, Galsworthy supported a young nephew who was unable to play a conventional part in the warâ€¦.. Harry Moore-Gwyn, Sauter, Galsworthy and the Great War, Rudolf Sauter, Observations from Nature, Spring 1916, p 2
Sauter was later interned at Alexandra Palace, from 1918-19, on account of the fact  that his  father Georg (who had already been interned in Prision in Wakefield  in 1919) was German by birth.
Sauter's internment was to have a significant bearing on Galsworthyâ€™s own disenchantment with the War.