English School: Navel Signal Announcing the Surrender of the German Fleet, 21.11.1918 - on Art WW I 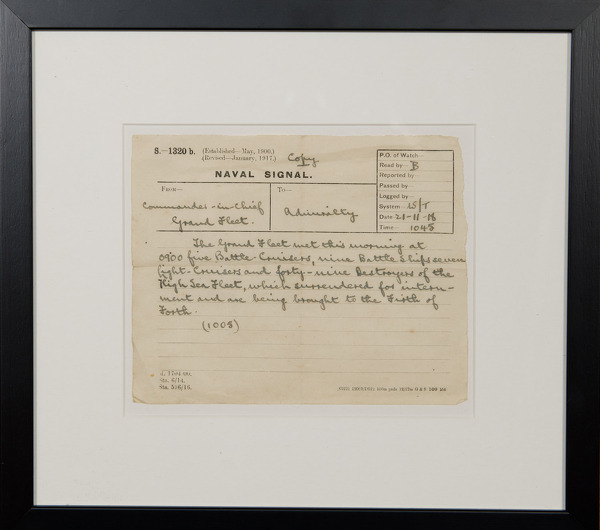 
The telegram relates to the surrender of the German navy (the High Sea(s) Fleet) to the British Grand Fleet under the command of Admiral Beatty. The German ships had sailed by arrangement to a rendezvous with the British fleet in the North Sea, from where they were escorted to an anchorage in the Firth of Forth. On the day he sent his telegram to the Admiralty (Nov 21 1918) , Beatty signalled the German ships: 'The German flag will be hauled down at sunset today and will not be hoisted again without permission'.  But the next year at Scapa Flow the Germans scuttled most of their ships to prevent their use by their former enemy..