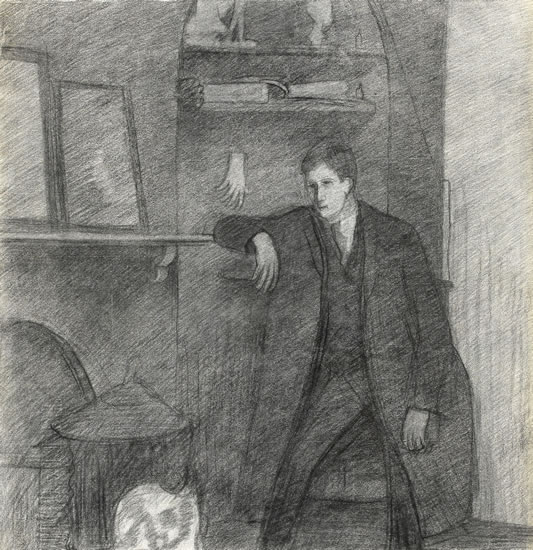 This early self portrait shows Carline at the age of 18 - one year after he had trained at  Tudor-Hart's Academie de Peinture, in Paris.   His father, George Carline, his mother, Anne, and brother Sydney, his sister Hilda (Mrs Stanley Spencer) and his wife, Nancy, were all painters.  After a short period teaching, Carline served in World War I and was appointed an Official War Artist. With his brother he became noted for war pictures from the air. In the  1920's  the Carlines' Hampstead home became a meeting place for artists such as Henry Lamb, Stanley Spencer, John Nash and Mark Gertler.