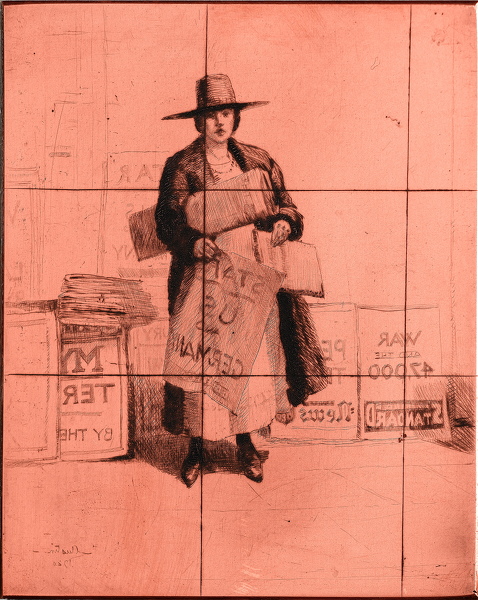 This picture is likely dated October 1918 when (on 5 October) Germany asked Wilson to negotiate terms. As a precondition for negotiations Wilson demanded the retreat of Germany from all occupied territories, the cessation of submarine activities and the Kaiser's abdication. Athough the Armistice was declared just over one month later, on 11 November 1918, negotiations on the terms of the Peace were lengthy and the Armistice was only finally ratified on 10 January 1920.