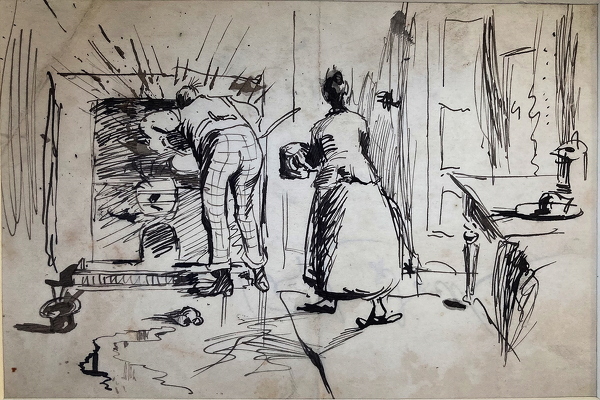 
Inscribed with title on the reverse

Provenance: From the collection of Myles Tonks the artist's Newphew

"Tonks cared nothing for other authorities and he disliked self-satisfied young menâ€¦.His surgical eye raked my immature designs. With hooded stare and sardonic mouth, he hung in the air above me, like a tall question mark, moreoverâ€¦ of a derisive, rather than an inquisitive order. In cold discouraging tones he welcomed me to the Slade. It was evident he considered that neither the Slade, nor I, was likely to derive much benefit."